Elmedia Player is a smart Mac Flash player. It is full of handy features and controls. This SWF player Mac app provides its users with top usability and great viewing experience.

With Elmedia Flash player you can:

Flash Video is used for delivery of video over the web with the help of Adobe Flash Player version 6 and later. The encoding manner for the audio & video data within these video files is the same as within SWF files. Two different video file formats are known as Flash video – FLV & F4V. Both of them are developed by Adobe Systems. These formats are used by most popular video websites as YouTube, VEVO, Hulu, Metacafe, Yahoo! Video, etc.

SWF is short for "small web format". It is a very popular Flash media file format widely used for Flash animation based on vector & raster graphics, as well as for Flash menus, buttons, banners. SWF format originated with FutureWave Software, then transferred to Macromedia, and is currently Adobe product.

Thanks to the feature of virtual surround for headphones the sound "goes" beyond the headphones, from front to back, from side to side. "Virtual speakers for headphones" makes the sound similar to the sound from loudspeakers, both channels reaching the ear from the distance with head shadowing effect in mind. 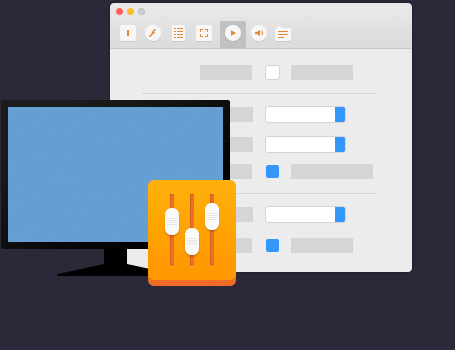 Elmedia Player offers an option to set the output device for the sound, set the number of audio channels: two-, four-, or eight-channel. For DVDs encoded with AC-3 (Dolby Digital) or DTS (Digital Theater System), Elmedia Player can relay the audio data without decoding.

When more than one monitor is connected to your computer, Elmedia can show full screen video on the one you choose in settings. 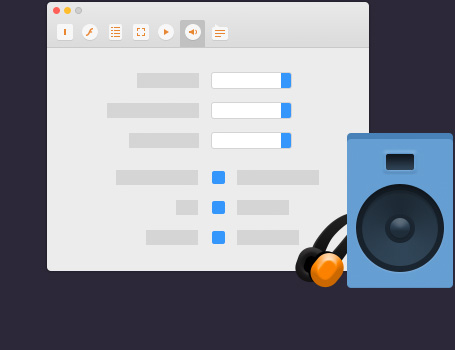 Install Elmedia Player on your Mac and stream media content from computer to Apple TV, Chromecast, Smart TV, and many other DLNA and AirPlay devices. While streaming you can easily pause/play/stop or seek through the video, as well as adjust the volume directly in the player.

Show 11 more options
What customers say
Prev Next
Let’s get started
Facebook Connect to read our latest news, share & give feedback.
Twitter Join our conversation on Twitter to stay tuned.
LinkedIn Follow us, for our company news, products & services.
YouTube Subscribe to our channel to keep up with our activities.
Related Products
Other Solutions
Tag Cloud
See also
Customer Help